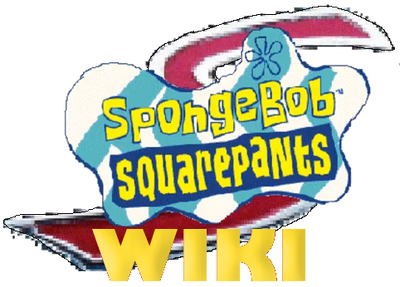 The encyclopedia of the web series "SpongeBob SquarePants S", that aired on YouTube by Ultra Chew.

If you're interested in helping contribute to this Wiki, check out the SpongeBob SquarePants S Wiki Projects page.

The SpongeBob SquarePants S Wiki can be accessed via
WWW.SPONGEBOB-S.FANDOM.COM

SpongeBob SquarePants S is the web series created by Ultra Chew and broadcasted by YouTube. The series was edited by Pivot Stickfigure Animator and Windows Movie Maker Live. It was ran from September 15, 2014 to April 2, 2015, but revived on April 16, 2017. The series involves SpongeBob and his friends are battle with the Galactic Empire.

The SpongeBob SquarePants S show is currently on hiatus, and the spin-off Ultra Fight Squidward is currently ended on YouTube.

If you see this, your JavaScript might be disabled or DiscordIntegrator plugin isn't working. If the latter, please contact a wiki administrator.

What Needs To Be Done

* Filling out some episode plots (currently) * Reached 100 articles (complete) * Wiki Improvement (currently) * Adopting Wiki (complete) To write a new article, just enter the article title in the box below. <createbox> width=24 break=no buttonlabel=Create new article </createbox> ; Not sure where to start? * If you are new to wikis, you may want to read the Help pages. ; Adding content * If you want to help but you're not sure where to start, try improving the various stub articles by expanding them. * Another helpful activity would be to check the list of wanted pages for frequently linked-to articles that don't exist yet. ; Wiki maintenance * Share your thoughts in the Noticeboard Talk page. * Fix broken or double redirects. * Editorial help correcting or grammar is always appreciated.