Gatanozoa, also known as Gatanothor is the final antagonist of Ultraman Tiga television series and the main antagonist of SpongeBob SquarePants S. He is the Leader of Galactic Empire who tries to Steal The Secret Krabby Patty Formula.

He have an Awful Past before he turn into Monster. A long time ago, after the humanity was born, there are one human who failed on his own life. He doesn't have anything and can't do anything until he trade his soul to evilness for the power of everything. But the evilness had too much power and he can't handle it. His skin got turned into black, got bigger, and got more evilness. He lost his humanity and turned into a giant kaiju. This is the reason why he named himself "Gatanozoa" and become the leader of Galactic Empire.

Message from Bancha manasookcharoen: The Information not Clearly enough (Upcoming for the Gatanozoa OVA before the Final Episode).

In episode 1, he appeared and sent Fire Golza to Earthrealm, which results Fire Golza jumpscaring the viewer at the end of the episode.

In episode 5, the illusion of him appears and tell them that SpongeBob and Ichigo cannot save their friends, then he disappeared.

In episode 8 during the party, the sillhouette of Gatanozoa appears that the sorcerer is here to take away the souls.

In episode 8.5, the sillhouette of Gatanozoa appears to tell Squidward that he will fight with his own army and summons Gomess and Magular.

In episode 9, the sillhouette of Gatanozoa appears and killed Cyber Sub-Zero then disappears.

In episode 10 at the Netherrealm while an earthquake started, Gatanozoa is finally ready to destroy them all. At the destroyed city, there is a big explosion on the ground. The nether is revealed to be Imperial Star Destroyer. Gatanozoa tells that the spaceship is the true form of the Nether while he's in the backround of Nether changed into his office in the spaceship. The spaceship just fly towards the destroyed Bikini Bottom. Later after SpongeBob enters his office, Gatanozoa appeared and tried to attack SpongeBob with his tentacles and pincers. Gatanozoa will tell SpongeBob about the Krabby Patty Secret Formula. After the story, SpongeBob told Gatanozoa that he will never have it. Because of that, Gatanozoa spreading his Shadow Mist around SpongeBob, then using Combined Assault to grab SpongeBob's arms, and lastly, he killed SpongeBob using Petrification Beam. SpongeBob falls down and wakes up to tell him that he still never gives up. He then proceed to jump and attack Gatanozoa with SpongeBob Kick. Gatanozoa pull out the formula and told SpongeBob that his formula is mine. SpongeBob told him to give him that or else he will release his power. He then transformed into SpongeBob S. Gatanozoa then transformed into Hyper Zetton. The final battle has just begun!

In episode 1 in the unknown place, the unknown voice has the time to come, and it shows the show's main antagonist, Gatanozoa shall rises his servants and do his goal.

In episode 2, Mr. Krabs tells the story about the Galactic Empire. A long time ago after the humanity was born, there is someone who is failed on his own life. He doesn't have anything, and he can't do anything until he trade his soul to evilness for the power of everything. Then the blue lightning with white streak strikes him and gave him the power of evilness. It made him colorful until he turned purple, but the evilness had too much power that he can't handle. His skin turned into black and he's got bigger, and he's got more evilness. He lost his humanity and turned into, "Gatanozoa".

In episode 3, he appeared in the flashback. Plankton got here in nowhere. Plankton hears the voice and saw Gatanozoa's face. Gatanozoa knowing the Plankton is in the same way with him to stole the secret formula and offering him to join the Galactic Empire. But Plankton accepted to become one of the member and got the power from Gatanozoa.

Petrification Beam
Add a photo to this gallery

Hyper Zetton is the Zetton version of Gatanozoa. He made his debut in SpongeBob vs Gatanozoa during the final battle with SpongeBon S.

Demonzoa is the final, most powerful, and mostly true form of Gatanozoa. He made his debut in Battle for the Bikini Bottom during the battle on the moon. 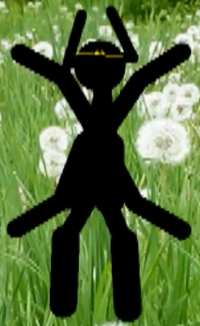 Valok is the original form of Gatanozoa. Originally a hopeless person, but he trade his soul of evilness and got turned into Gatanozoa. After Gatanozoa's death, he got turned back into normal (only in old series). 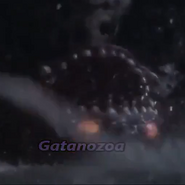 Add a photo to this gallery
Retrieved from "https://spongebob-s.fandom.com/wiki/Gatanozoa?oldid=7198"
Community content is available under CC-BY-SA unless otherwise noted.