The final battle is finally begun! Who will win the fight? SpongeBob or Gatanozoa?

At the moon, they landed here. But a man named Shinnosuke Tomari transformed into Kamen Rider Drive is here to help SpongeBob S and Squidward S fight with Hyper Zetton. Drive fight with Hyper Zetton with Handle-Ken. Hyper Zetton fires a Dark Fireball towards Drive, but Drive used Handle-Ken for protection. Hyper Zetton about to transform and revels that this isn't his true form, but Demonzoa is his true form. The heroes proceed to finish him together such as SpongeBob S' SpongeBob Gaim Rider Kick, Squidward S' Squidward All Kick, and Drive's Full Throttle: Speed Type: SpeeDrop. Demonozoa used Jab Rush to attack them, and they have a struggle power. Finally, they believed to defeated Demonzoa very powerful and get into Demonzoa's body to defeat Hyper Zetton.

At the garden, Valok wakes up and asks himself where here is. SpongeBob S walks towards Valok to tell him that he is in justice now and the thing is in for him. SpongeBob S gives Valok a crown and Valok thanking him and disappears.

The final battle between SpongeBob and Gatanozoa has been over now. Ryo Murasame had say goodbye to SpongeBob and someday, he will back to fight together.

Many days later, everyone had a vacation at Goo Lagoon now. But, Rainbow Tyrant come to the beach and said that he feels good now, which made all of the characters from the series laughing like:

After the laughing is over, Rainbow Tyrant leaves, thus the end of the old series.

After the ending credits, the man named Ultra Chew thought someone is powerful that he throught and thinks he is the one who can save the world. He finally shows his evil yellow eyes and says "SpongeBob SquarePants". It is unknown if the series continued, or not? 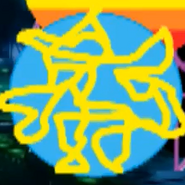 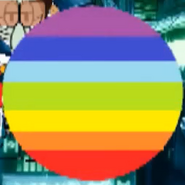 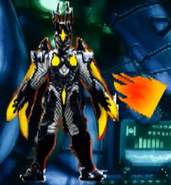 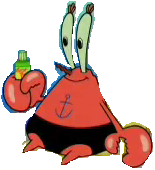 Retrieved from "https://spongebob-s.fandom.com/wiki/Battle_for_the_Bikini_Bottom?oldid=7105"
Community content is available under CC-BY-SA unless otherwise noted.